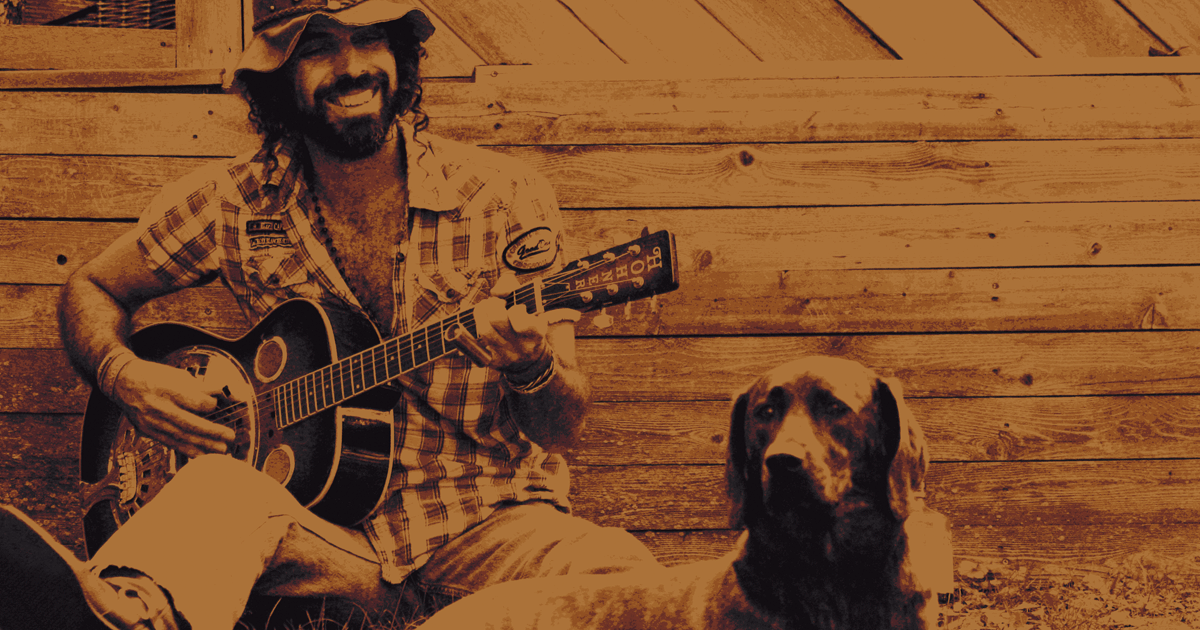 “It’s a celebration. A coming-of-age of sorts,” explains Carmen Sclafani about Wiser Time’s latest release, Beggars And Thieves. “It’s the first album that I’ve done where I truly feel at ease with myself in the studio and with a band.”

It comes as a bit of a surprise to read when you consider just how far Sclafani has come since introducing Wiser Time to audiences in 2005, and what has taken him to places across the United States as well as abroad with often little more than a guitar slung across his shoulder. Perhaps it’s that very journey that has created that sense of ease and given Beggars And Thieves a stark contrast in sound from previously recorded Wiser Time records.

That sound in most cases is a stripped down, rootsy account of the places Wiser Time has been, and told in such a way that would be better suited from some back porch with a bottle of bourbon and some close friends. It’s the sound of America’s roots.

“These are stories from the road, and some deeply personal moments,” says Sclafani about the nine tracks that are Beggars And Thieves. “I think the songs are gonna make people feel like they’re sitting right there next to me or the band in the car or motel.”

In some cases people were literally, right there when the album was recorded at a friend’s studio in Brooklyn, NY. For three days, the band was surrounded by friends and musicians to take part in, and celebrate what has become Wiser Time.

“I wanted to share this with people who have supported me from the beginning and have watched it all evolve,” says Sclafani. “This record is really the end of a period in my life and the beginning of another, so to be able to celebrate it with so many people is something really wonderful.”

And celebrate they did, capturing the true spirit of rock n roll that seems to have long since disappeared in these days when so many bands seem to prefer to use technology or the isolation of home recording to create music.

“We wanted to be together for the whole thing and just get into the whole vibe of it,” recalls Sclafani. “We were up all hours, having a great time, crashing on moving blankets and trying any idea that came to mind.”

So if this is in fact a new beginning of sorts for Sclafani and the band, perhaps it’s only fitting that Wiser Time’s latest release takes listeners back in time to the sounds of traditional American roots. Like troubadours of old and for a brief moment in time, living like beggars and thieves.

And I remember the times we were together
And I would never, ever fall shy as to whether
I would ever want to do it over again

I would never, for a minute, reconsider the notion
I’m all in it for a little bit of love and devotion

I was leaving New York City to meet my baby, heading south, down to the Florida state line
Trying to reach the border on a second wind in 21 hours, with many miles already behind
The sun was shining and our spirits were strong, and we were rolling, on and on
To see my baby, and we’re on our way

We met some trouble with some Jacksonville trucker when we pulled into the station
Then right down to the ocean for 400 miles, straight through the pouring rain
When we get to where we’re going I wanna rest my weary head and wash my body clean from this day
Then squeeze my baby, and we’re on our way

A shot of Brandy in the morning would feel so good, and lift all this weight from my mind
Well, I don’t know what to do, but to get to you I know we got to keep making time
So with a little bit of luck and this old Peterbuilt truck, we gonna get there by the end of the day
To see my baby, and we’re on our way

TAKE ME BACK HOME

I could see you were acting a little
Sweet smile, then a tilt of a bottle
Well I’m here to climb a mountain
But I can wait til tomorrow

Stormy woman, take me away
With a smile to match the bright lights on these streets of LA
I can sing my song, and walk on out alone
But I’ve got one thing on my mind,
For you to take me back home

You look so fine, the way you move
Your rose tatoo, so little
You can change my mind, if you’re good
I just might stay forever

There are no flowers in my garden since we’ve been apart
There is no feeling left in my smile
We should be making love instead of searching for another
But now you’re moving on with your life, so I guess I’ll try with mine

So now you’ve learned the meaning of love
But now I’m left here on my own, and that’s the price I paid
But know, you’re all I ever wanted
You are my home, and now I’m a king without a crown

And now you give your love to another
And I hope and know that you’ll be fine
But it should be you and I together
Maybe another run, in a different time

And I don’t want to lose you, baby

Cause we can start a revolution

Cause we can start a revolution

Keep it going
On and on, let the music flow
Cause on a good day you can let yourself go, on and on

Take it slow
Take it easy, mama
Don’t you want my love to last? Cause it’s a good, good thing
Keep it going
On and on, let your river flow
Cause I can make it flow

Duffy was a big money broker who never had time for a wife
And he always had money in his pocket, and he stayed up all hours of the night
He was livin’ on coffee and cigarettes
Smoke a pack if you are inclined, but give me whiskey and wine

Lilly was living the rich life of a pretty little socialite
And she didn’t have much of an ambition, but she knew she would have a good time
She was livin’ on credit cards and cocaine
Chop another line if you like, but give me whiskey and wine

Marty was the neighborhood tour guide
He was working pubs on the upper west side
And he could tell you one end from the other, and he’d draw a picture if you’d like
He was livin on Stella’s and percocets
Take a half-and-one to feel fine, but give me whiskey and wine

I wanna tell you a story, when I was far from finding my way
Went travelin’ onward, all just to get through my day
Gonna find my way

Gonna lift my sadness, all just from workin’ each day
Gone is this lowdown, feelin’ I can’t get away
Gonna find my way